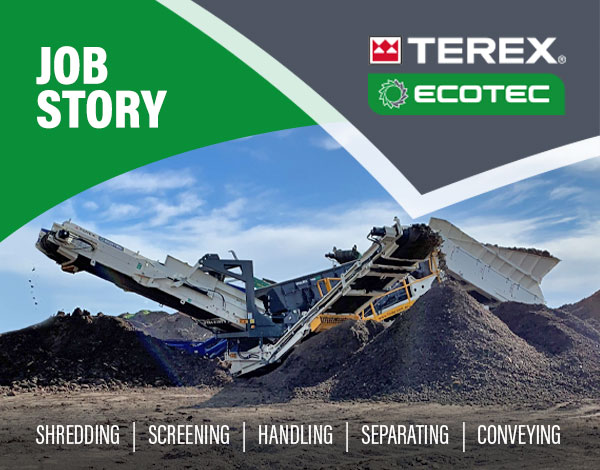 Melbourne based recycling company Repurpose It has seen its investment in a Terex Ecotec TRS 550 paying off, with its aggressive flip-flow screening boosting processing capacity of soil and compost materials at its Epping facility.

To assist its operations and maintain a consistent flow of material, Repurpose It has been running a TRS 550 recycling screen, acquired from Finlay Waste and Recycling, Site Manager Peter Cianciosi says the screen has been operating exceptionally well.

“We’re seeing less downtime, more productivity and a better-quality product. The machine itself is great, but it’s the service from Finlay that has been the stand-out—from day one they have provided really great backup and support,” Peter says.

“We get a lot of raw material that is very wet and difficult to process, but since using the TRS 550 our productivity has increased, as operators don’t have to stop the process regularly to clean the screens,” he says.

Peter adds that the TRS 550 has exceeded his expectations, allowing Repurpose It to boost its output performance and produce a greater quantity of recycled sands and soils.