Finlay Delivers in The Valley

SC Heinrich & Co is a family-owned and operated company owns and manages up to nine quarries, comprising of hard rock quarries, rubble pits and sand pits throughout South Australia’s mid-north and the adjacent Yorke Peninsula. The pits’ reserves include high quality deposits of blue metal, blue dolomite rubble, white rubble, sand, loam and riverstone, amongst a variety of aggregates. In turn, SC Heinrich’s depot in Clare stores a broad range of end products, including concrete gravel and sand, quarry sand, white sandstone/quartzite and blue dolomite rubble, brickies sand and plaster sand. “In our own quarries, our biggest resource is 20mm and 40mm road base. We obviously make aggregates and quarried sands, pretty much a broad spectrum of whatever the quarry can produce. Some of our campaign leases are just purely road-based leases, where we do a lot of agricultural and council work, where some of our products in the limestone pits are running a 40mm road base and a 75mm road base.”

SC Heinrich also insists on uniformity with its plant and equipment. “We run on this theory through our whole business that you get a better back-up service because you’re dedicating yourself 100 per cent to a supplier,” Malcolm Heinrich said. “For example, we have all Scania trucks, and all Caterpillar machinery, and we just don’t deviate from that at all. We stock everything according to those brands. We see no reason to swap from the three brands. Scania trucks are very good, Caterpillar earthmoving machinery is the benchmark and Finlay is, according to us, second to none.” “We started off with some basic smaller plant, some of which were handmade jobs really that were too hard to maintain,” Malcolm Heinrich recalled. “As we grew, we acquired a couple of bits of mobile gear on tracks but what sold us was when we came across Han Alam [the sales manager for Finlay Screening and Crushing in Victoria, South Australia and Tasmania] about seven years ago. “Han showed us some brochures of a[Terex Finlay] C-1540 cone crusher and it had a pre-screen on the same frame so we could feed direct to the cone. The pre-screen would scalp the fines off and only the rock would go into the cone and it would then come out as a combined product at the end. That concept really appealed to us, particularly for a lot of our local government work, where we don’t have to have a screened product, we can get away with something that just comes straight out of the cone. “So we bought one of the C-1540 cones with a pre-screen. It was the pre-screen that sold it for us. It was the only crusher on the market at that time with a pre-screen, so we hooked it up to our jaw and we went off crushing at phenomenal rates to what we were used to and it was very easy to set up. So you just park it up, put the jaw in front of it and you’re crunching.”

Impressed by the mobile cone’s performance, it was not long before the company bought its first Terex Finlay J-1175 mobile jaw crusher. The J-1175, in tandem with the C-1540, helped to increase SC Heinrich’s output. As the company received more inquiries for work, so it bought more equipment to meet demand. Out of a fleet of 12 Terex Finlay units on tracks today, SC Heinrich has purchased three additional C-1540 cone crushers with added prescreens, three screens and three J-1175s, two of which incorporate a pre-screen on the jaw’s frame. “From our first J-1175 with a basic feeder to the jaw with the pre-screen on now, it’s chalk and cheese,” Malcolm Heinrich said. “I keep telling Finlay that I will not buy another crusher without a pre-screen on it. The pre- screens are just fantastic.” He added that the pre-screens have been invaluable for the company’s local government assignments. “For a lot of our work, we can produce a non-screen 30mm or 40mm rubble because the pre-screen takes out most of the oversize. We’ll put a 20mm or 30mm machine mesh in, which goes straight up on to the output belt, and then within the clean rock we adjust the cone to get a good shaped product. Once the cone is choke fed, we can produce very good road base without having a third machine as a dedicated screening plant to size it up. A lot of councils will accept just the feed straight off the cone.” 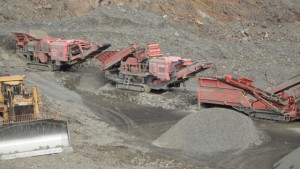 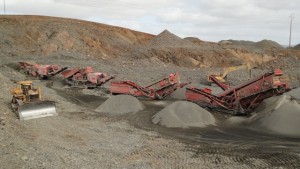 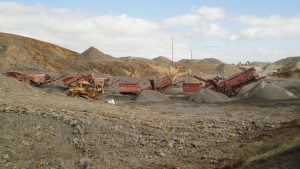 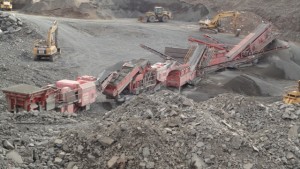 AFTER SALES AND SERVICE

In affirmation, Malcolm Heinrich from day one described how he has enjoyed a good “rapport” with Finlay representatives, including Han Alam, hire and technical manager Ron Bustard in Brisbane and service managers Wayne Jones and Craig Johns in Brisbane and Melbourne respectively.“Overall, the back-up and service from these guys is one of the chief reasons why we keep going back to Finlay,” Heinrich said. “The after sales service is excellent. If we’ve ever had problems, someone would jump on a plane and come and see us and walk us through it. Every time we’ve bought a plant, Finlay comes and commissions it for us. When we were first learning the computerised crushing concept, it was a different culture, so we had to get that into our operators’ heads. However, now we’ve reached the stage where we can talk stuff over the phone and sort out a problem while we’re standing at the crusher. Every now and then you might have to order a part and if they don’t have the part in stock, they’ll pull it off a new machine for us – that happens very rarely but that’s their dedication to get us running.” Malcolm Heinrich also had no qualms in “pushing Finlay’s barrel” when it came to making recommendations to traditional users of stationary plant and equipment about mobile crushing and screening. He also had no reservations in airing his belief that mobile crushing and screening plant is more efficient than the fixed plant process. “Finlay’s machines have served us well,” he said. “I’ve looked at other brands over the years and we always stay with Finlay. I guess certain quarries are entrenched with fixed plant crushing and just continue on but I can’t go past having a crusher at the face and crushing with no transport costs. You can produce an end product at the face. We have enough plant to be able to set up three basic trains, and every one of them can crush whatever rock we put at them. 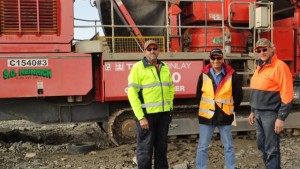 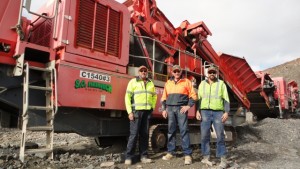 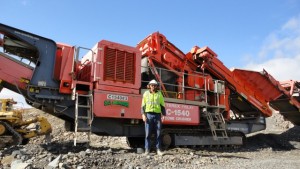